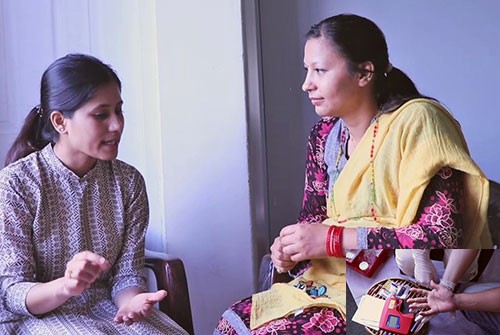 Anaemia is prevalent in pregnant and non-pregnant women in Nepal. The prevalence of anaemia is highest in the Terai as compared to other ecological regions. Mostly this is due to iron deficiency but also due to other factors. The Government of Nepal has specific protocols for treating anaemia in pregnancy with Iron and Folic Acid (IFA) supplements as per the anaemia status of the pregnant woman (PW). Recent data from Nepal Health Demographic Survey and Nepal National Micronutrient Status survey(NNMSS) show an increased number of women taking IFA supplements in pregnancy than previously but many women are not taking the recommended numbers. Community-based behaviour-change interventions have been shown to improve maternal and newborn mortality and nutritional outcomes in Nepal. Similarly, home visits for nutrition counselling have been effective in increasing dietary diversity in pregnancy and improving child feeding in India. In the current COVID -19 pandemic context, home visits and community interventions are not feasible. Therefore, the proposed trial is designed to provide virtual counselling and advice on anaemia, the importance of antenatal care (ANC) and IFA intake, and good dietary practices aiming to overcome barriers for behaviour change needed to improve women’s health and IFA consumption during pregnancy.

Primary Objective: To assess whether providing an antenatal virtual counselling intervention to PW increases their compliance with IFA supplementation (compliance defined as consumption of IFA on 80% or more of the days between baseline and end line), compared with women who have access to routine ANC only (control).

Methods: This is an individually-randomized controlled trial (RCT) which will be conducted in rural municipalities of Kapilbastu, enrolling 300 pregnant women (PW). The trial will include two arms: 1) Virtual antenatal counselling intervention arm comprising of two interactive virtual counselling sessions to PW, in addition to routine care. To provide counselling a trained auxiliary nurse midwife called a nutrition assistant (NA) contacts the PW and her family virtually via a tablet. Then, via video-conference call, the NA discusses diet, IFA consumption and ANC and barriers to improving them with the PW and her family members, and the family agree upon actions to overcome barriers to following recommendations. 2) Control (routine care) arm where women have access to usual government services. This trial is based on the groundwork laid by an earlier trial (CAPPT) approved by the Ethical review committee of the Nepal Health Research Council (NHRC) (approval number 353/2019) but was not completed due to the COVID-19 pandemic. The PW for this trial will be enrolled from the communities where a household census was conducted as part of CAPPT. Eligible women will be followed up by phone for menstrual monitoring and those who report being pregnant and consent will be enrolled into the trial by a data assistant (DA) who will conduct telephone interviews. In addition, any PW who visit health facilities or are in contact with the Female Community Health Volunteers (FCHVs) will be informed about the trial and if interested, the FCHVs and the health workers will link them to the study team. The PW will be randomly allocated to one of the study arms. Data on the trial participants will be collected at two-time points: enrolment at 12 to 24 weeks gestation and follow up at 34 to 36 weeks gestation. We will compare an increase in compliance to IFA tablets (defined as consumption of IFA on 80% or more of the days since recruitment) between the two arms. Data on implementation indicators will be collected from selected participants in the intervention arm at 4 to 6 weeks after the second virtual counselling session. 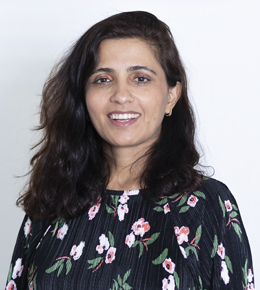 Personal bio She is an trained epidemiologist with more than 10 years’ experience in managing public health research projects in Nepal. She has strong technical expertise in designing and conducting implementation research using mixed methods approach. She has coordinated randomized trials looking at effects of lifestyle intervention to prevent cardiometabolic risks; and use of mobile health app to improve birth outcome among pregnant women with gestational diabetes; and pilot implementation study to prevent cervical cancer in Nepal. Additionally, she also [...]

Personal bio Graduate of B.Sc. Nutrition and Dietetics from Central Campus of Technology, Tribhuvan University, Dharan. Furthermore, he has completed his master’s degree in Nutrition and dietetics (Thesis remaining) from CAFODAT, Purbanchal University. After graduation  he was engaged in NEPHEG in an IMAM program in which he got an opportunity of field exposure, coordination with local stakeholders and community people for uplifting the nutritional status of children and pregnant and lactating women. After which he joined Nepal Public Health Foundation [...] 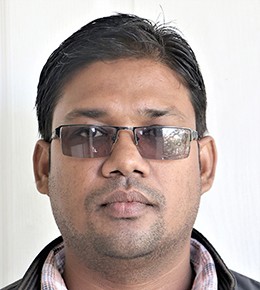 Personal bio He has nearly 5 years of experience working in kapilvastu District and has good knowledge on coordination with the DHO team, Health facility staffs, stakeholders as well as political leaders. His major role in this position was to collect the data from the field staffs and verifying them and to monitor the field staffs as well as to coordinate with the required stakeholders. Education Qualification Master of Public Health (MPH), SHIATS University, India, 2013 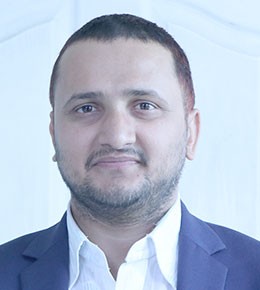 Personal Bio A Public Health professional with more than 7 years of work experience in the field of Public Health, with core competencies in Monitoring and Evaluation, Program management, planning and implementation, Research, Data analysis, Training and facilitation, proposal development and documentation. Currently Working as Monitoring and Evaluation Manager for CAPPT Project 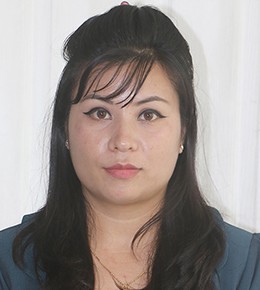 Personal bio Shraddha Manandhar, a strong professional with a Master in Public Health degree specialized in Primary Health Care Management. She is dedicated and resourceful Public Health Professional with a proven history of working over 7 years in International/Non-Profit Organizations. A humanitarian aid and development worker with a strong work ethic and excellent breadth of experience in foreign aid programs. She has experience of working in maternal and child health nutrition, nutrition in emergency and new-born health projects. Further, she [...] 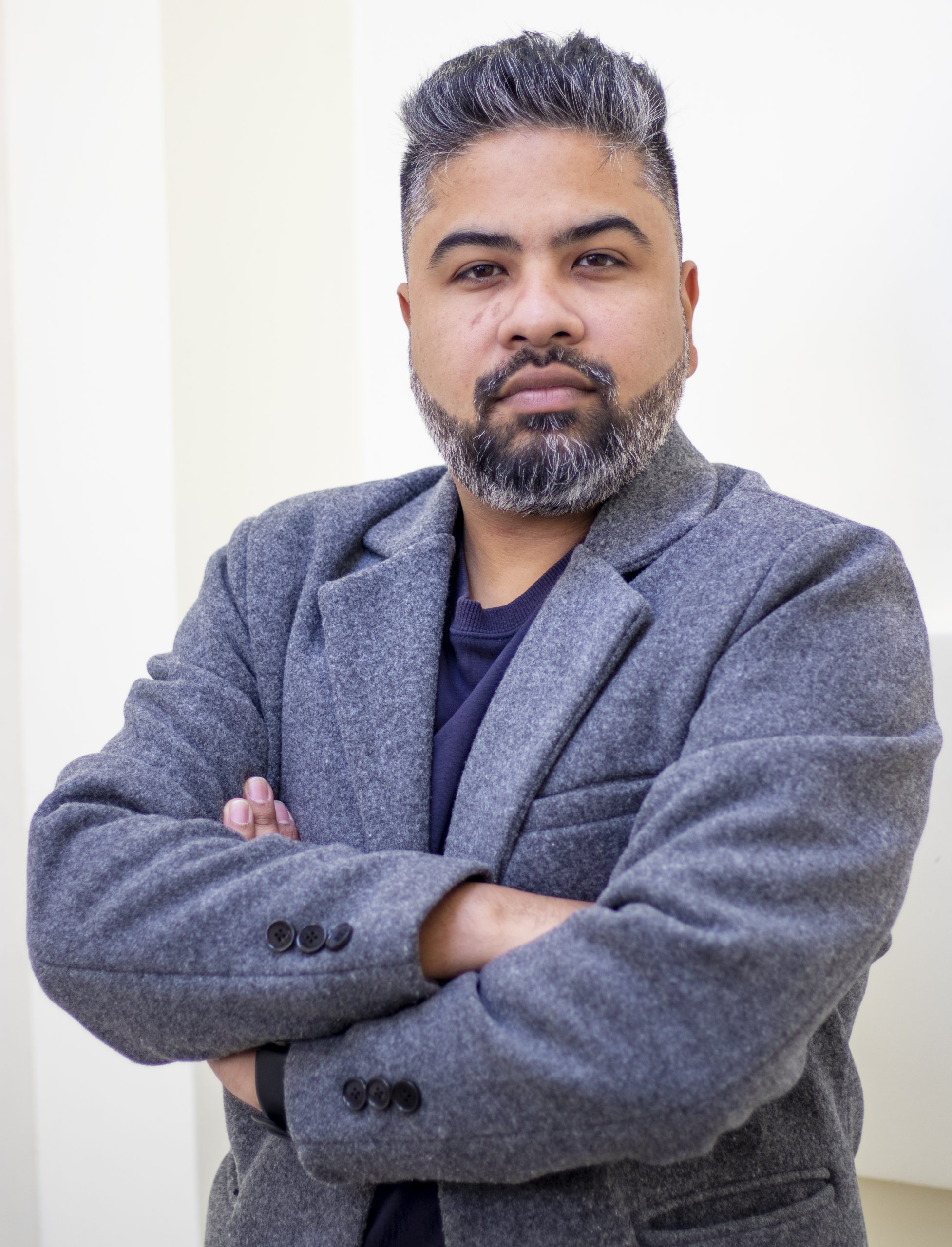 Dedicated and highly motivated public health professional with history of successful research goals utilizing consistent and organized practices. Organized and dependable with success in managing multiple priorities with a positive attitude. Data Manager with over 4 years of successful experience in research, data management and analysis. Recognized consistently for performance excellence and contributions to roles undertaken. 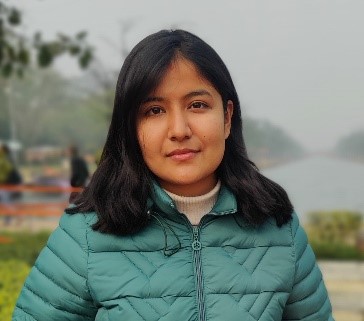 She started working as a Data Assistant for 5 months in the VALID project. Now, she is currently working as a Process Officer at VALID trial and has experience in qualitative as well as quantitative data collection. 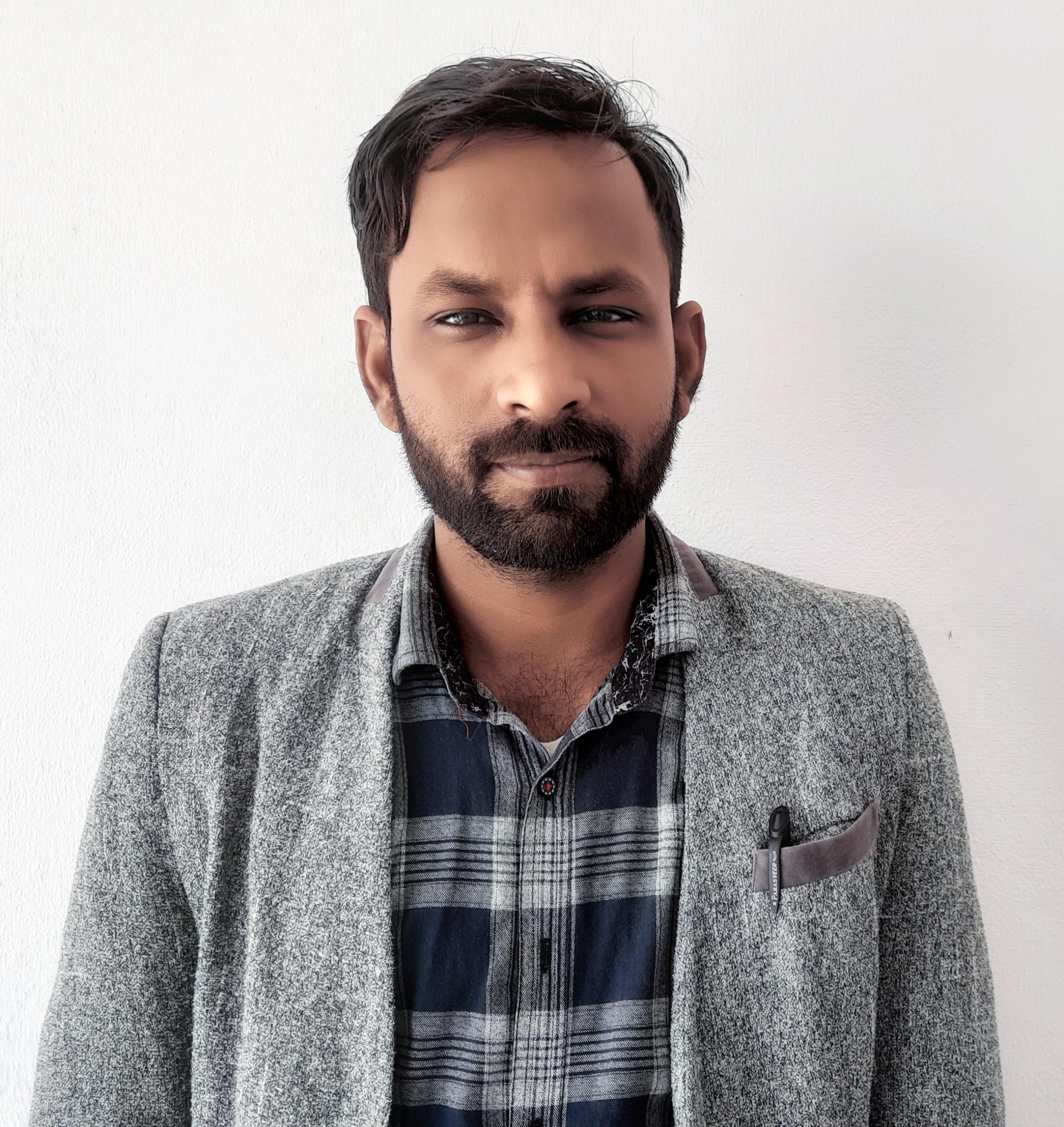 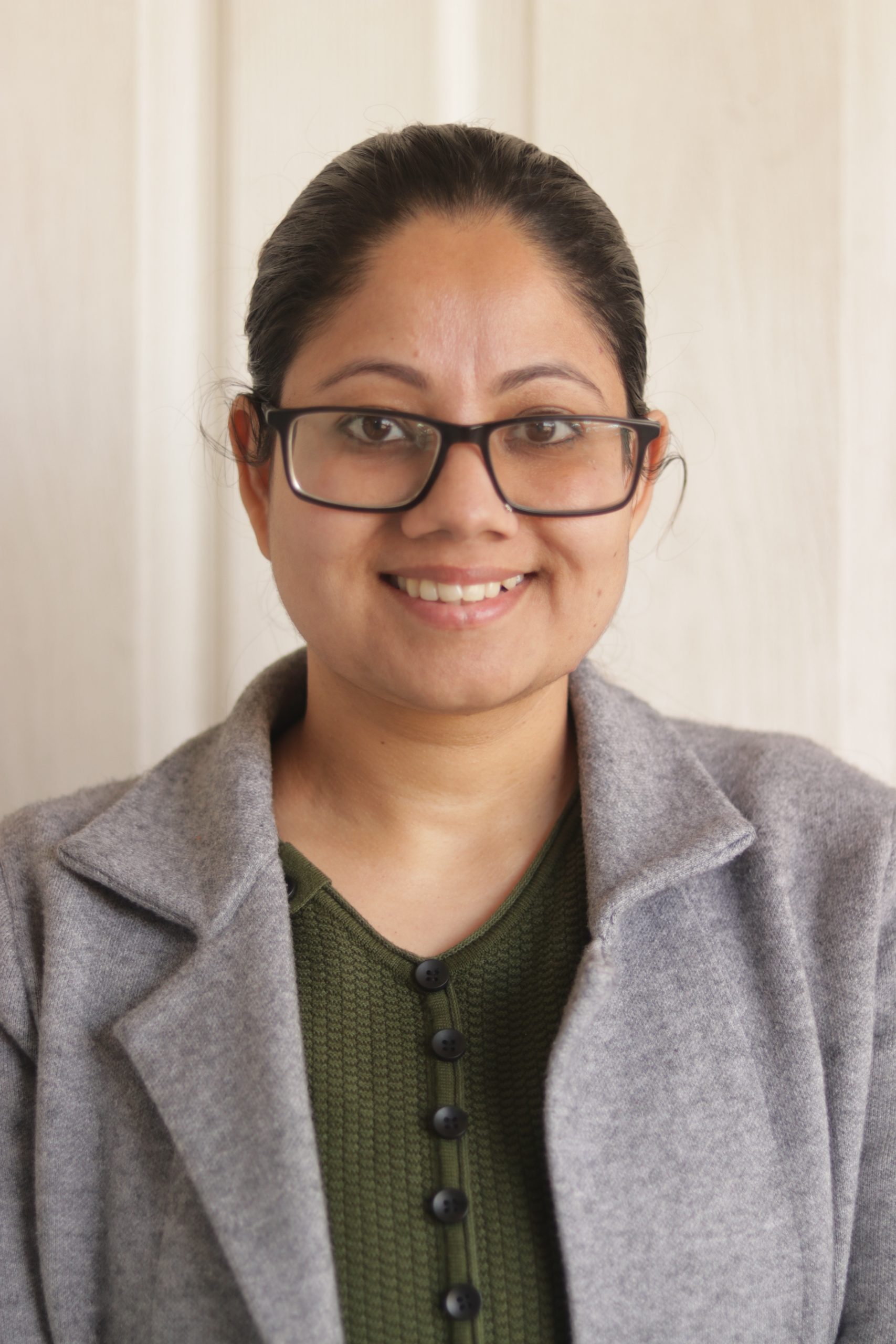 Personal Bio Ms Thapaliya is a Qualitative Researcher exploring and analyzing gender relations in diverse areas of development, humanitarian, governance, and social justice for more than 8 years.  She has worked with national and international research agencies and non-government organizations – both as research lead and associate – in various Nepal-focused projects. Her experience in public health research is derived from working in the studies on factors affecting Nepali women’s dietary intake, family planning, and reproductive decision-making in the research [...]

In the backdrop of the COVID-19 pandemic, HERDi conducted a randomized control trial testing a virtual nutrition counseling intervention for Pregnant Women (PW) in the ...

Training for field researchers on qualitative data collection was held from 4 to 10 January 2022 in Kapilvastu under Vertical Antenatal Intervention for Improved Diet ...

In the backdrop of the COVID-19 pandemic, HERDi conducted a randomized control trial testing a virtual nutrition counseling intervention for Pregnant Women (PW) in the ...

Training for field researchers on qualitative data collection was held from 4 to 10 January 2022 in Kapilvastu under Vertical Antenatal Intervention for Improved Diet ...

Tobacco Cessation within TB programmes: A ‘real world’ solution for countries with dual burden of disease